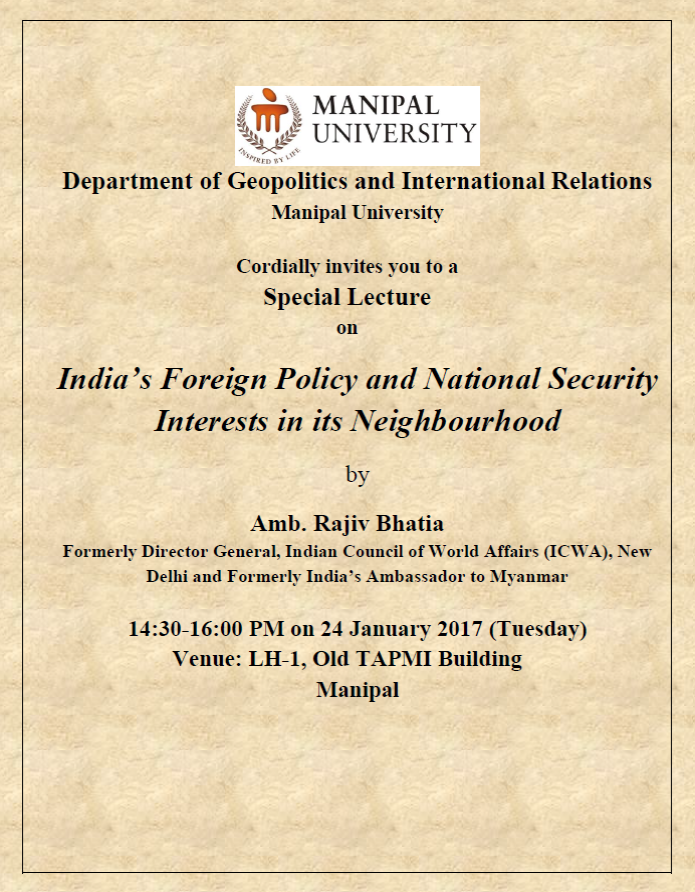 As a part of the special lecture series organised by the Department of Geopolitics and international Relations at Manipal Academy of Higher Education, Ambassador Rajiv Bhatia delivered a lecture on the theme India's Foreign Policy and National Security Interests in its Neighbourhood on 24 January 2017 . The lecture centred around challenges posed to India's foreign policy goals by national security threats emanating from India's neighbourhood. India's pursuit of its national interest through its foreign policy and national security strategy and the crucial role of diplomacy was comprehensively extrapolated. While a sound neighbourhood policy was seen as vital for fulfilling India's strategic aspirations, it was comprehensively explained as to how India's neighbourhood policy cannot be envisaged in isolation because it impacts and is influenced by India's policy towards its extended neighbourhood, major powers and the rest of the world. The nature of India's neighbourhood and the challenges and prospects emerging out India's relations with its neighbours were astutely analysed during the lecture. Ambassador Bhatia based on his vast experience as an Indian diplomat and his expertise as a scholar of geopolitics and international relations created better comprehension and understanding of the many complex issues surrounding the evolving nature of India's threat perceptions and responses to them.

The lecture was well attended by faculty and students of Manipal Academy of Higher Education and was followed by an invigorating Q&A session. 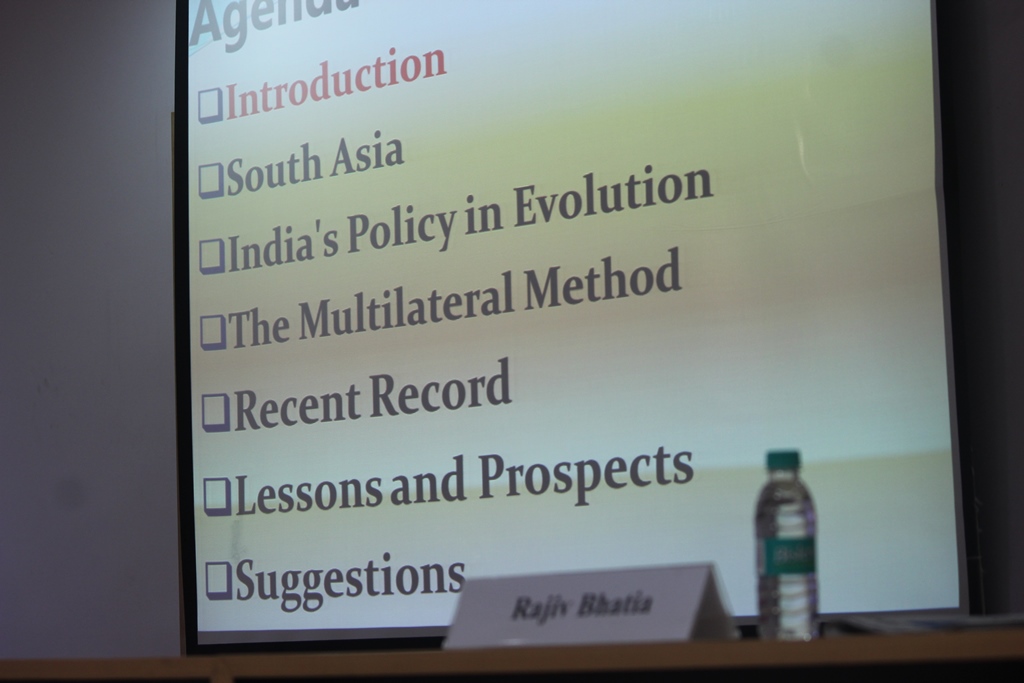 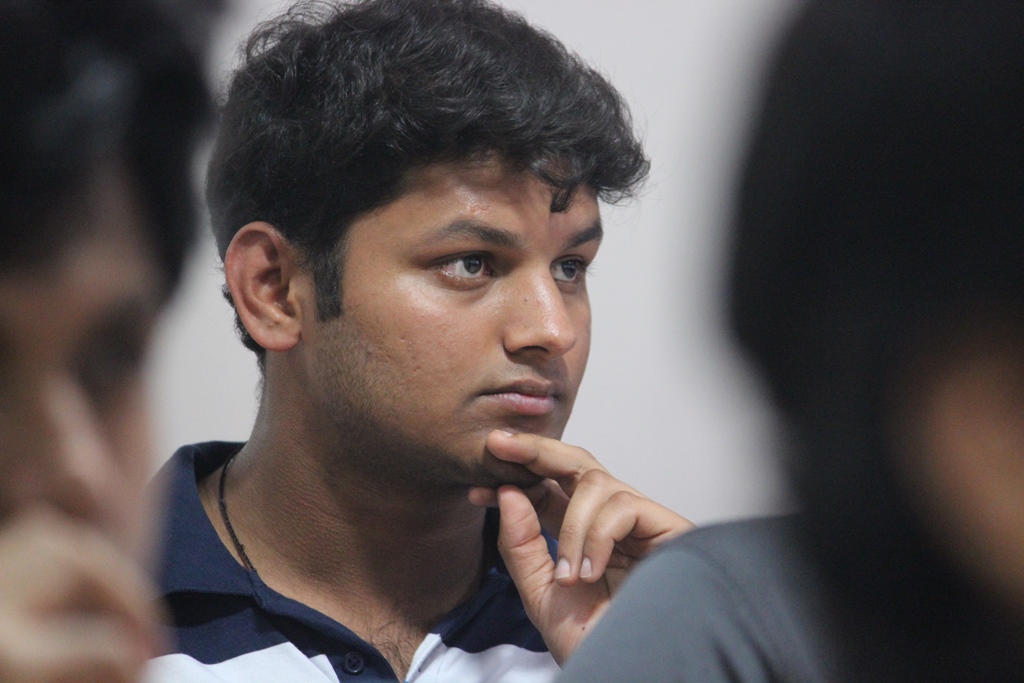 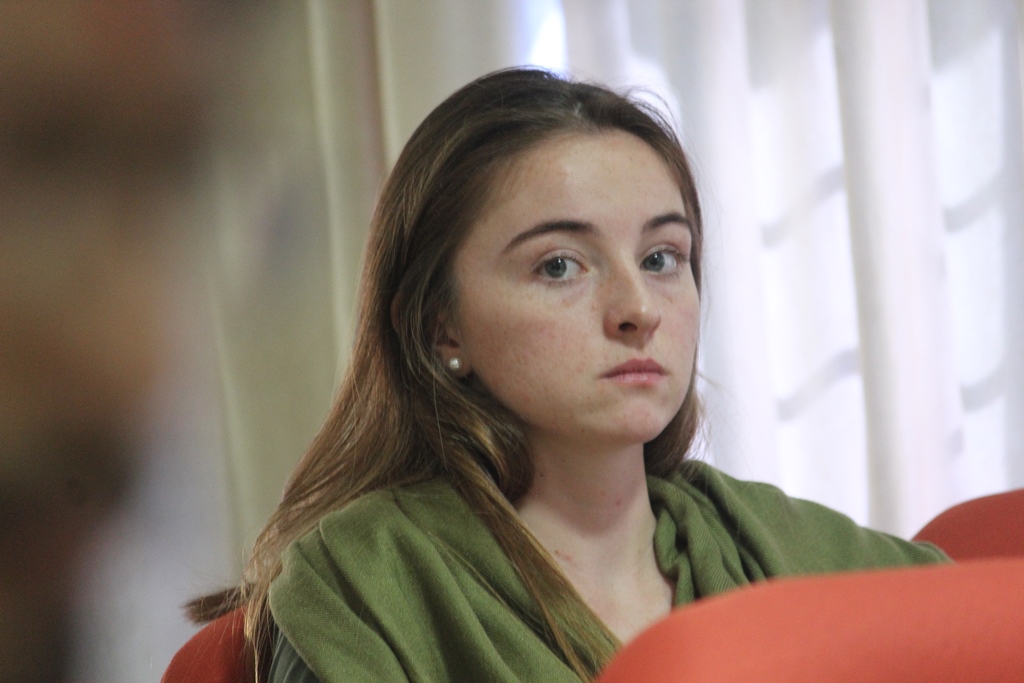 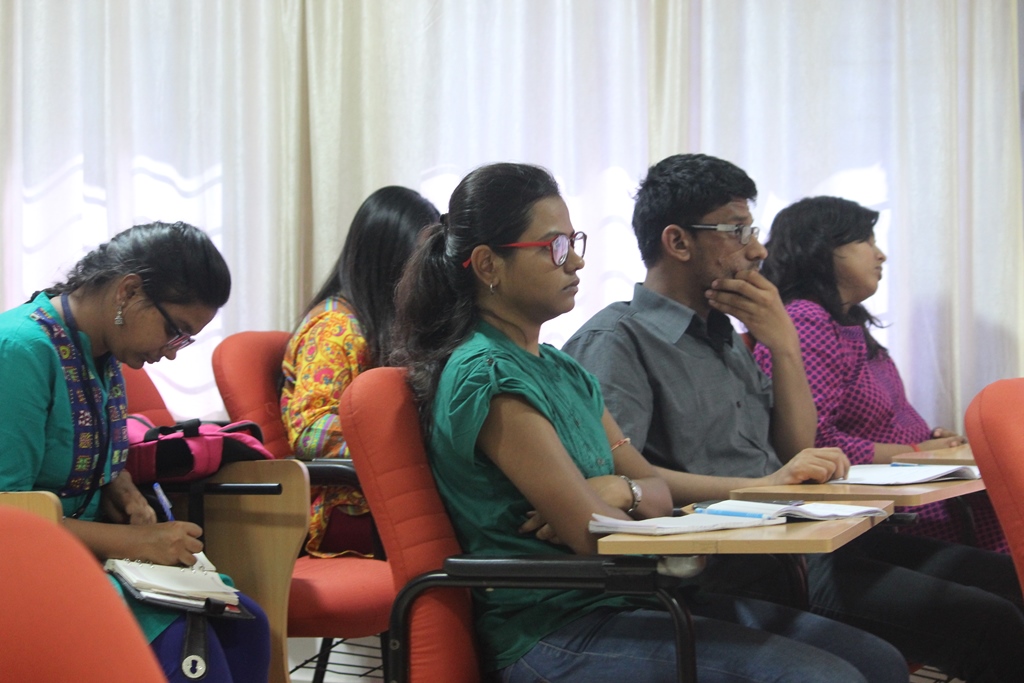 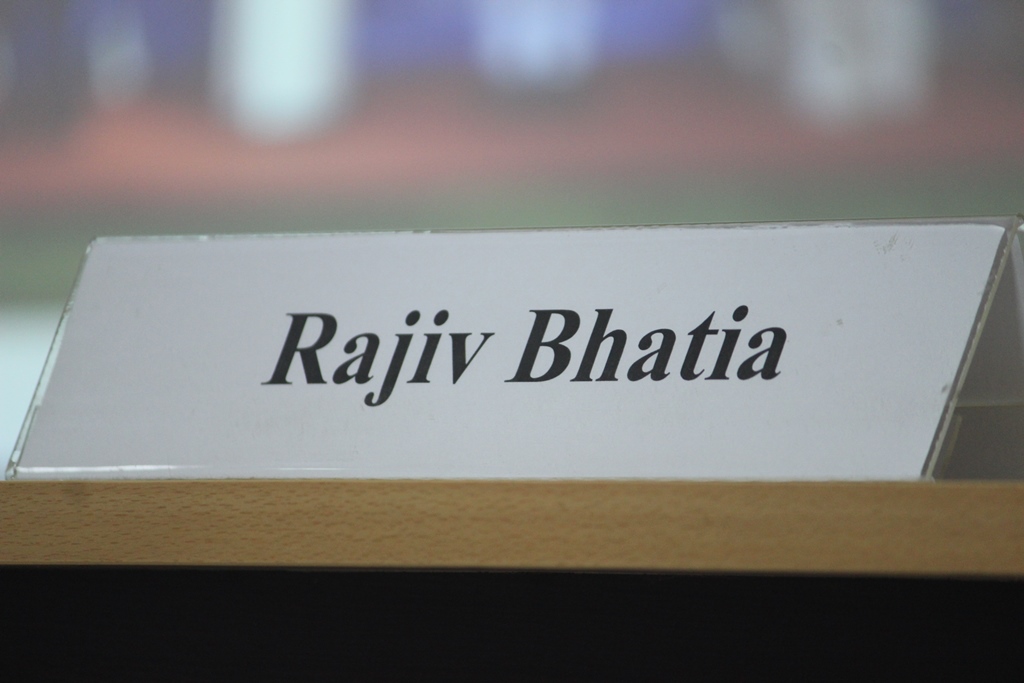