World Mental Health Day -2014 was observed at the Psychiatry ward of Kasturba Hospital and ASARE (Home for Mentally Challenged) on 10th October 2014 between 10.30am-1.00pm. The programme was organized by the Faculty & 2nd year MSc. Nursing students of Department of Psychiatric Nursing.

The programme had participants among inpatients of the ward. Various games were conducted for the patients and prizes were distributed. Dr Thippeswami V, Asst. professor, Department of Psychiatric social work enlightened the gathering on the theme “Living with Schizophrenia”. While addressing the gathering he sensitised the audience about common problems associated with schizophrenia.

In ASARE, Home for the mentally challenged, the gathering was welcomed by Mr Laxminarayan, 2nd year MSc. Nursing student.Audiences were addressed by, Mr Biju Soman and Mrs Asha K Nayak Asst. Professors, Department of Psychiatric Nursing. Various games were conducted for residents. Prizes were distributed by Mrs Vijayalxmi & Mr. Ramesh, staff of ASARE. It was concluded by vote of thanksby Ms. Bhavyashree, 2nd year MSc Nursing student. This initiative was appreciated by the administrators of the institution. 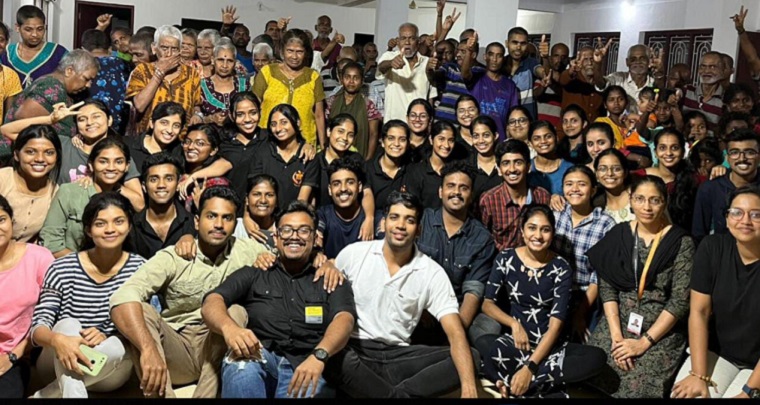