Yoga is a physical, mental and spiritual practice which originated in India. The International Day of Yoga is celebrated annually on June 21 since 2015, following its inception in the United Nations General Assembly in 2014.

The Department of Medical Surgical Nursing, Manipal College of Nursing, MAHE, Manipal conducted a Guest Lecture on 21st June, 2022 as part of International Day of Yoga 2022 for the II Semester BSc Nursing students. The topic for the Guest Lecture was “Yoga for Humanity” which is the theme of this year’s Yoga Day. Dr Lavya Shetty, Lecturer, Division of Yoga, Centre for Integrative Medicine and Research (CIMR), MAHE, Manipal was the Resource Person. A total of 102 participants including students and faculty attended the session. Dr Lavya Shetty spoke on meaning of yoga, its origin, aims, concepts of ahara according to yoga and types of yoga. She also emphasized on the benefits of practice of yoga, practice of pranayama, practice of mudra, practice of asanas and benefits of dhyana along with a demonstration of pranayama. 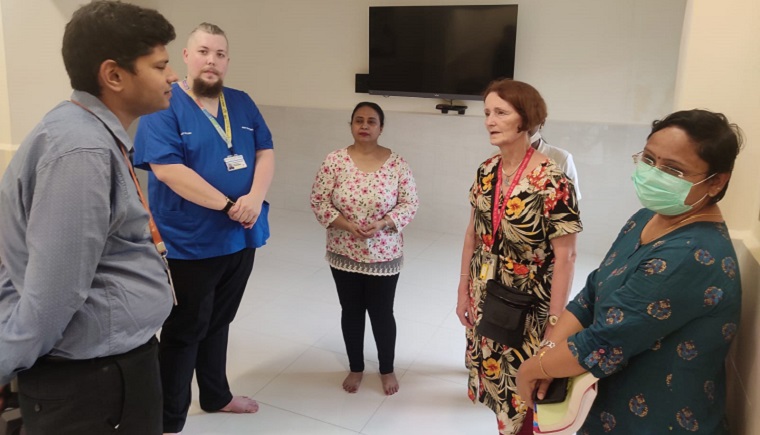